The year-end Standard Chartered Bank Mini Rugby tournament for the Under 11 and Under 13 was held at Yio Chu Kang Stadium on the 18th of November 2014. It was a wet morning which saw rain throughout the tournament but fortunately there were no lightning warning, the rain was light and field conditions were good. Tournament went on with 11 schools participating in both category of the tournament.

Singapore Rugby Union and along with our proud sponsors Standard Chartered Bank would like to thank all schools, players, teachers and family supporters for participating in the tournament and making it a successful tournament. 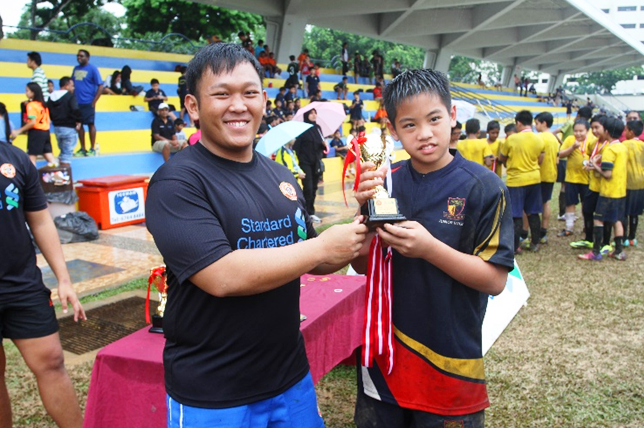