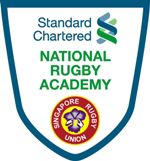 The National Under 19 team, led by Head Coach Hadi  and Mhd Ashraff have less than a month to go till they leave for Manila, Philippines to compete in the Asian Rugby Football Union Division 2 tournament.
The tournament has been moved several times this year, which has seen the team training over a period of the last 4 months in their quest to gain promotion to Division 1. The young Reds will be up against hosts Philippines, Malaysia and Thailand. The training group of 30 will be cut in time for the tournament and comprises players from across all schools and institutions in Singapore.
The next crucial selection test will be a game on Monday, 24th Nov against the Swamp Dogs rugby club from Darwin, Australia. The Swamp Dogs are the only rural rugby club in Darwin, and has players from across the wider Northern Territory. It will be a great game to see how our National Under 19s will face against them Look out for A Division standouts Sam Koh and Kelvin Yau mix it up with Singapore Poly’s Sean Chang and Adriel Toh. Lachlan Brock, who has played for the National Under 19s the last 2 years, will make a return hoping to impress the selectors after a fruitful season in the 1st XV of the Gordon Rugby Club in Sydney, Australia playing in the top under 21 division.
Come on down to Yio Chu Kang Stadium at 7pm on Monday and cheer our boys on!