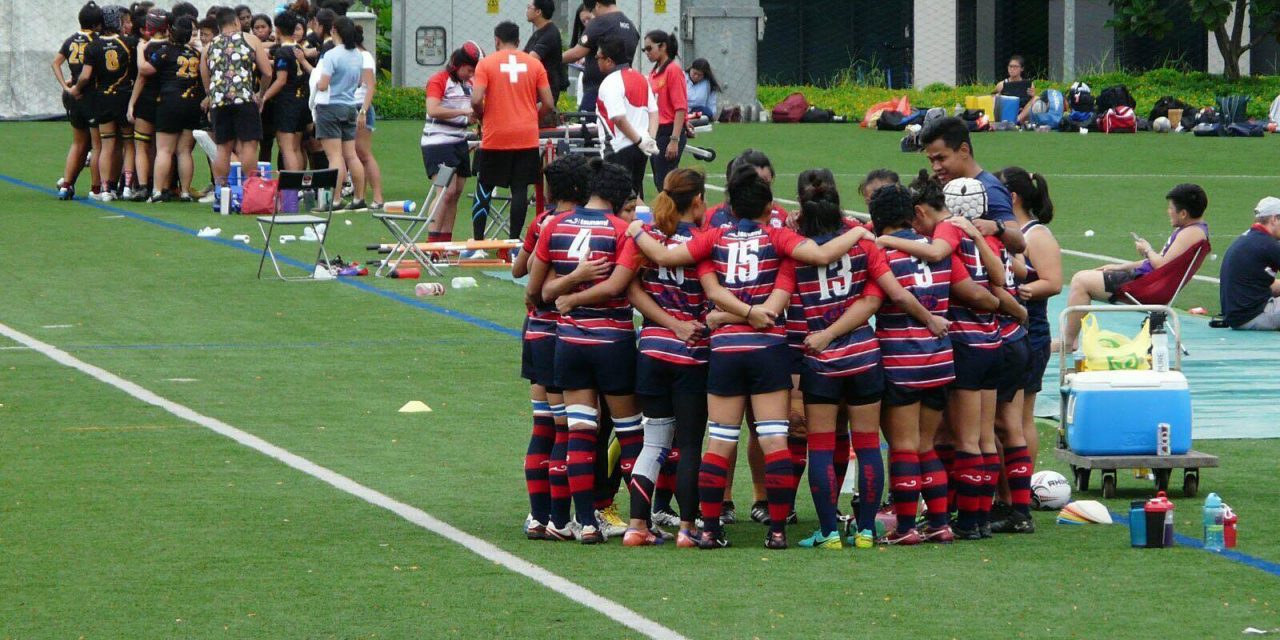 Another weekend of SRU National League Rugby has run us by and boy, did it deliver some heart-gripping rugby. The highlight of last weekend’s National League action was undoubtedly the Women’s semi-finals, where there the Bedok Kings derby. Meanwhile, the Blacks Women took on the Bucks Women.

The Wolves showed why they stood unbeaten at the top of the table after 5 games, hitting the ground running right from kick-off and never slowing down. Like a well-oiled machine, the Wolves backline ran their opposition ragged, putting together some nice link up play and showing great determination and hunger to keep chasing the next try. The Rhinos tried their best to keep the pace, but the Wolves were a class apart, eventually racking up a scoreline of 93-0 to cement their place in the finals.

In the other semi-finals, we saw the second placed and current champions Blacks Women take on the Bucks ladies. From the get go, both teams attempted to assert dominance in an extremely physical and tight opening to the game. The Bucks forwards sent an early message with some excellent scrums and tight play, bashing over for a try within the first minutes of the match.

However, the Blacks refused to grant their opposition a foothold in the match, and immediately piled on the pressure, sending wave after wave of attack at the Bucks defence. After a sustained period in the Bucks 22, they managed to convert their dominance into a try, which their kicker duly converted. The first half ended with the Bucks clearly on the back foot, and the second half continued in that fashion. The Blacks looked invigorated after the break, and strung together multiple phases early on, moving the ball from one end of the pitch to the end to score a well-worked try in the corner. Keeping the momentum going, they soon broke through the Bucks ailing defence once again, scoring under the posts after a line-break at the halfway mark and a 50m lung-buster of a sprint. Their confidence grew and it showed in their performance, the players running good support lines and pulling off some awesome offloads. The match ended with a 41-10 scoreline in favour of the Blacks, booking their place in a rematch of last year’s finals against the Bedok Kings.

The bottom of the table Bedok Kings came into the match looking to register their second victory of the season, and started the match brightly with some confident running play. However, things quickly went sideways for them as the Bucks showed discipline and patience to absorb the early pressure and score the first try of the game against the run of play. That set the tone for much of the match, as the Bedok Kings showed glimpses of promising play, but were unable to sustain the pressure and convert their play into points. The Bucks were ruthless in punishing them for this, running away with the match as a leaky Kings defence let them in for try after try. The match concluded 68-12 to the Bucks, who close the gap between themselves and league leaders Wanderers to a mere 2 points with this bonus point victory.

In the other Premiership match, SCC were looking to roll onto another win after a comprehensive win over Bedok in muddy and heavy conditions last week. This week saw beautiful sunny weather and a great pitch on the Padang as 3 games were played as the club hosted their annual Ladies day event. Wanderers were looking to continue their unbeaten streak but failed to spark from kickoff with several efforts, which saw SCC parked in Wanderers territory for most of the half. SCC went into the break 7 -6 leaders through and the slim lead was not lost on the home side. Wanderers scrum half Damien Hood continued his fine form for Wanderers, with National 7s Captain Marah Ishraf slotting in well at 9 for his new club SCC. Both halfbacks dictated play but it was SCC Captain Michael Oliver that was the difference maker, scoring a brace of tries, scoring the match-winner off a Wanderers loss of possession deep in their own half. National Winger Teng Chong Yao did pull one back for Wanderers, charging down a weak kick from national teammate Ishraf and gathering to score. It came down to one last attack for Wanderers but ill-discipline scuttled their chances of a last minute win and SCC ended a great day in from of some 150 spectators with a 17 – 11 win.

In the Men’s Championship league, the Wanderers Gents extended their lead at the top of the table with a hard-earned 22-21 victory against the Bucks, who drop to fourth in the table after both the SCC Lions and SCC Tankards leapfrogged them into second and third place after wins against Gaulois (12-7) and the Blacks (36-5) respectively. Elsewhere, the Bedok Kings ran out comfortable 62-15 winners against the Wanderers Rovers to elevate themselves into fifth place with 24 points, sitting only 1 point behind the Bucks who barely hold on to that final semi-final berth.

It’s going to be a cracker of a final for the ladies this weekend! Will it be good to be a King/Queen? Or is it going to be Blacks’ title this time? We wait with bated breath. 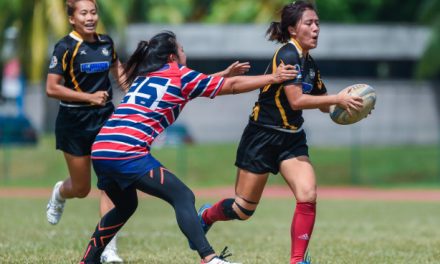 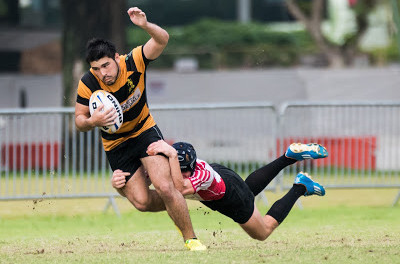