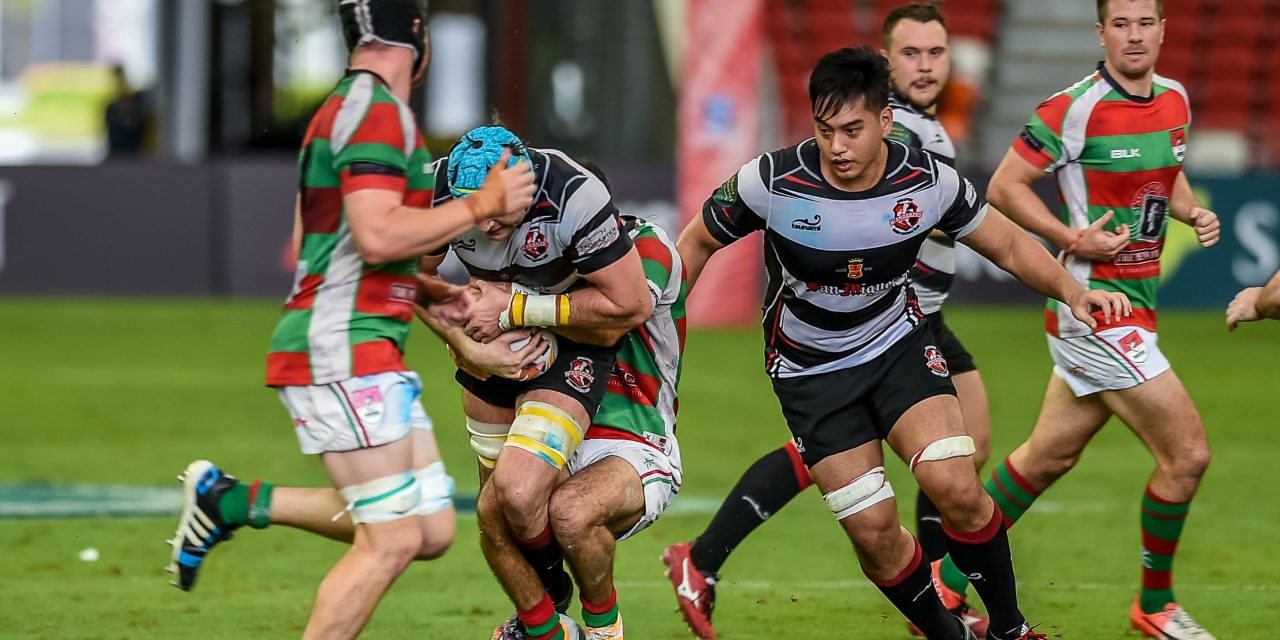 With just over a week left for the league to resume after the mid-season break, we feature our third exclusive article on another Premiership side. This time, we will be focusing on Wanderers Rugby Football Club.

Young but just as formidable.

Founded in 1995, Wanderers RFC is one of the youngest clubs in Singapore, at the ripe age of 22 – a true Gen Zer! Since its founding, it has been one of the most active and successful rugby clubs in Singapore and has had teams involved in the Premiership and Championship competitions, as well as a strong junior rugby association with Titans RFC. Their success on the rugby pitch has inspired the “better halves” to have a vibrant women’s netball team under the Wanderers banner as well.

Wanderers clinched the Premiership title just one year into their establishment in 1996. They also won the title in 1998, with back to back victories in 2003 and 2004 as well as in 2009 and 2010. Wanderers then won the Premiership 4 years in a row from 2013 to 2016. Most notably, they secured the first Triple Crown in Singapore rugby’s league history, conquering all 3 divisions – the Premiership, the Championship as well as the now defunct Conference. They were also narrowly edged out in last year’s exciting Premiership final at the National Stadium by Bucks.

Crucial to their successes is the hard work, grind and toil they put into every training session, which takes place every Tuesday and Thursday at 7.30pm at United World College (Dover Road). Led by head coach Frazer McArdell, who has considerable experience as a player and an educator, his team of coaches at the club are akin to a professional setup – no mean feat for men who actually hold various day jobs and are purely driven by their passion for the sport. McArdell’s success at club level paved the way for him to coach the Singapore National Team to an Asian Rugby Championship promotion as head coach in November 2017 as well.

The team is made up of a good mix of local and overseas players – working professionals training in tandem with students from local institutions. The overseas players come from all around the world and sometimes even include ex-internationals. Regardless of how tight their work  and school schedules are, this group of fine ruggers have the commitment to put in the effort to turn up and train hard.

Another key reason why Wanderers are so successful is also down to the experience they garner through playing international teams in international tournaments. They tour Phuket annually and have participated in the Hong Kong 10’s, the Jakarta 10’s, as well as the Bali 10’s.

Wanderers have the most number of representatives for Singapore in recent international competitions – a testament to the club’s dedicaton to continue grooming talents through the years. And there’s no sign of stopping, as more players from the club are constantly knocking on the national team’s doors.

Wanderers will look to celebrate their coming of age this season, hoping to win another trophy to add to the already big collection in their trophy cabinet at Molly Malones. They already have a new logo, and with San Mig in hand, all they need is a victory in May to get that famous club song going again.