Pass It On – Passing 1500 Rugby Balls from Corporate to Students 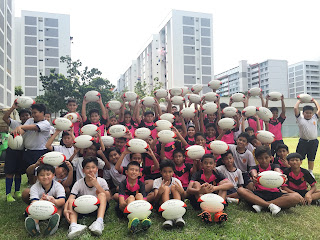 Singapore Rugby Union (SRU) and Quahe Woo & Palmer LLC (QWP) had launched on an initiative called “Pass It On”. Pass It On is an initiative that aims to hand out 1500 free rugby balls to every rugby playing school student in Singapore. This is the first time a National Sport Association (NSA) is giving out sports equipment to aspiring young players at such a large scale. “Pass it On” is the brainchild of SRU President, Mr Low Teo Ping who envisions that every rugby playing youth should possess his own rugby ball. The vision was materialised when QWP came in as an official sponsor for this initiative.
QWP is a legal firm that has current and ex rugby players among it directors and associates. The initiative was started at the primary level on 23rd October 2015 at Saint Andrews Junior School and had recently concluded its stint on the 26th of November 2015 at North Vista Primary School. Till date, this initiative has benefited about 950 primary school rugby players. The next phase of the project will start next year (2016) for the secondary level. 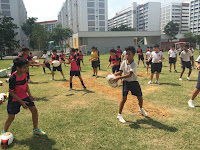 More than passing out free rugby balls to the students, this initiative also includes an interactive session between young aspiring players and coaches from SRU. The program incorporates an interactive passing drill coached by Rugby Development Officer from SRU.  SEA Games medalist Zaki also made guest appearances at selected schools to join in the passing drill. 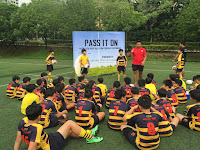 This initiative also aims to enhance the skills of young rugby players. Due to the uniquely shaped rugby ball, they require more time getting comfortable with handling the ball as compared to other conventional shaped ball like football. As most of the youth players only come in contact with a rugby ball during their training sessions, this restricts the opportunity for them to expand their skills. Hence, having their own rugby ball would help to increase the chances of them practicing the sport during their free time. In addition to the free rugby balls, every student involved also receive a complimentary ticket to the Singapore Rugby Sevens 2016! 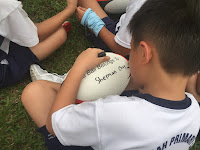 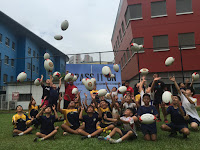 Mr. Michael Palmer, the director of QWP commented, “Rugby is getting more recognition and more popular in Singapore. We at the firm hope that as each aspiring player receives his own personal rugby ball, this will inspire them to play the game even more. It’s a great game that teaches you many lessons which will stand you in good stead.” In line with his comment, “Pass it on” seeks to promote the sport at a young age to cultivate a strong sense of interest and enthusiasm in them towards the sport.
With the support of corporates such as QWP, SRU hopes to reach out to more aspiring athletes to continue their passion for the sport.  SRU would like to acknowledge and express gratitude to Quahe Woo & Palmer LLC for their generous sponsor and the following 16 primary schools for their support in this initiative: 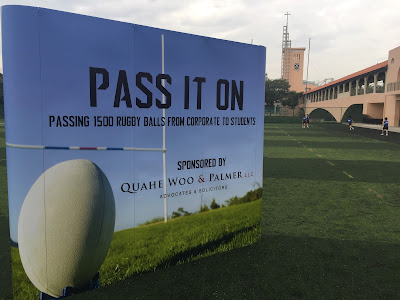