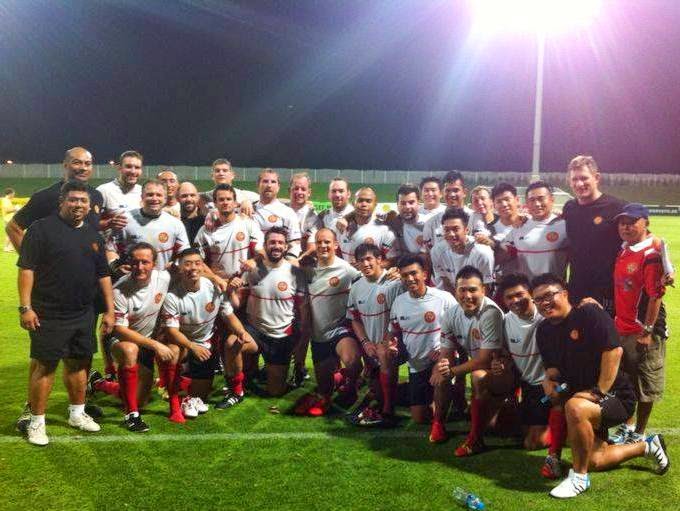 DUBAI — Singapore have retained their place in Division One of the Asian Five Nations Rugby Championships after beating the United Arab Emirates (UAE) 30-13 at the Sevens Stadium in Dubai on Wednesday (Apr 23).

The Republic’s points came from tries by Luke McCabe (3) and Ed Carne, two conversions by Suhaimi Amran, and penalties each from Suhaimi and his replacement Stuart Larkin.
The result also means the UAE are relegated to Division Two, or the third-tier, of the Asian Five Nations — the Top 5 Division is the leading tier.
“The campaign has definitely been a success, with plenty of sacrifices from all involved. The players have contributed to a very tidy and competent team,” said Singapore head coach Inoke Afeaki, who is also the Singapore Rugby Union’s Technical Director.
“It was heartening to see the experience of Jon Lee, Daniel Marc Chow and Peter Mcfeely coming through with the fresh talent of the Marah brothers and Leonard Yap. The young guys really played out of their skins tonight.”
Co-Captain Muhd Zaki added: “The game was very physical, and the UAE gave us a hard time at the breakdowns but the team was resilient throughout against a more physical side. Preparations for next year must start as soon as possible, and we need to keep the momentum going.”
Original source from http://www.todayonline.com/sports/spore-beat-uae-keep-asian-5-nations-rugby-championship-division-one-spot
Related Articles:
– Singapore National Team announced for Dubai (ARFU 15s 2014)
– Asian Five Nations: Singapore ideal model for impatient UAE’s rugby federation

Singapore Brings Back Silverware From ARFU U20 7s Championship 2013