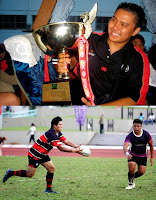 Mark Lee is a familiar face in the rugby community in Singapore and in the region. Mark makes his coaching debut at international level tomorrow at the Causeway Challenge and we got his thoughts ahead of the fixture. 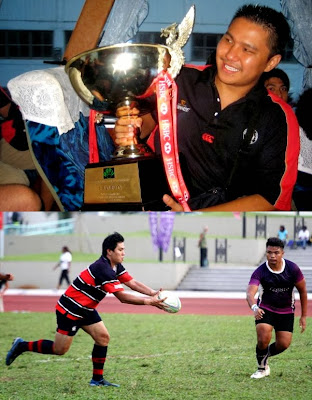 Mark Lee is a familiar face in the rugby community in Singapore and in the region. Mark makes his coaching debut at international level tomorrow at the Causeway Challenge and we got his thoughts ahead of the fixture.

In less than 24 hours, the Singapore Under 23 side will face their rivals Malaysia at the Yio Chu Kang Stadium to contest the 2013 Causeway Challenge. Malaysia are one up in the revived series after their win last year in KL, but debutant Head Coach Mark Lee is quietly confident about a stronger Singapore performance on home soil.

We took the opportunity to speak to Mark, a decorated former national prop on his thoughts leading up to the game.

Singapore Rugby (SR): You’ve been player at all levels from school to international level, now a coach. What are your thoughts going into your first international game as coach?

Mark Lee (ML): To be honest, I’m just as excited as the boys as when I first played for the senior team in 2000. That game was also against Malaysia and we won 57-15. Hopefully they can get overturn the result from last year and come up with the goods tomorrow.

SR : What got you into coaching?
ML: Coaching was an actually an accidental thing at club level. Bedok Kings was facing a very difficult period when we had many players retiring or leaving the country and there was no one left to look after them. I was helping our my alma matter Raffles at the time and raised my hand up to help.

SR : How did you get involved with the U23 setup?
ML:  Very funny you asked, as I was actually on holiday with my then girlfriend (now wife) in KL and it coincided with last year’s causeway challenge. After watching the game, I was pretty upset with the result as the U23 game between Singapore and Malaysia historically was a very significant one. Inoke asked me to be involved as a resource coach under the senior setup but I put my hand up to help out the U23s instead.

SR :What does this game mean to you?
ML:  This tie was the very first international game I watched back in 1994 when we hosted Malaysia in CCAB Bukit Timah. It was this very same tie in 1996 that changed life in Rugby when we beat Malaysia 11-10 for the first time.  More sponsors came on board, more schools started playing rugby, women started playing rugby and the sport started getting more public attention. It was the start of many things to come for Singapore Rugby. I was actually in the squad in 1996/7 when we beat Malaysia 31-0 but never got onto the field. Subsequently, I never had the chance to play against Malaysia at this level as the tie got shelved until last year.

SR : How has the preparation been for the team?
ML:  With the ongoing league, it was definitely a massive challenge for us to organise a training squad. Marcus Yeo (Assistant Coach) and myself shortlisted more than 50 players for the trainings as we did not want to leave any stone unturned in this age group. The sessions were literally a crash course of compressed modules in terms of attack and defence. What was really satisfying was the turnout from the boys and the enthusiasm they showed during the sessions.

SR : How do you describe the makeup of this team?
ML:  The makeup of the team is pretty interesting as all of them are champions in their own right, enjoying successes at A,B,C division, Pol-ITE, Quad Uni and Club level. Many whom Marcus and myself have watched grow up over the years. School and club rivalries aside, this will be the time when they will all be playing as one come tomorrow.

SR : Your thoughts on the game?
ML:   Marcus [Yeo], Mick [Doyle] (Resource Coach) and myself are pretty confident going in tomorrow. Spirits are high and there’s a lot of pride at stake. Those who were involved in last year’s squad know how important this is to them after last year’s defeat. The boys should take inspiration from the senior team that beat Malaysia with the very last penalty kick to win the A5N Div 2 Championships. There hardly are any international 15s games played in Singapore and how often do we get to see our boys play Malaysia? I sincerely invite everyone who loves rugby and is passionate about the game to support the boys. See you all down tomorrow!

The 2013 Causeway Challenge is proudly sponsored by Knowledge Tree Pte Ltd and will be played at Yio Chu Kang Stadium on 21st December. Kick off is at 5pm with free admission.