THE FIRST DAY OF THE SCC7s STARTS OFF WITH A BANG!

FIRST EVER FRIDAY NIGHT IN SCC 7S IS RESOUNDING SUCCESS

SINGAPORE, 5 NOVEMBER 2010 – For the first time ever, games in the Singapore Cricket Club International Rugby 7s were staged on a Friday night under floodlights, at the famous SCC 7s Padang Stadium. Thousands of fans packed the purpose built venue, enjoying the festival atmosphere as well as the world-class rugby on offer. There were few major surprises in the first round of pool games, with defending champions South African Vipers coasting to a 47-14 victory over Sri Lanka. HSBC Penguins, Davetalevu, Ponsonby and Japan were all also in impressive form as they recorded opening victories. The SCC were defeated by Horowhenua-Kapiti. Earlier in the day, Singapore beat Malaysia and Indonesia in the first SCC Women’s International 7s, while the opening rounds of the National Schools and Colleges Rugby 7s Championship were also staged on the Padang.

Peter Hutton, Chairman, SCC Rugby 7s Organising Committee, said: “Tonight has been a fantastic night for Singapore rugby. It signals the beginning of a new chapter in the SCC 7s, with games being played late into the evening on a Friday night, and the atmosphere in the stadium has been fantastic. We saw some great action tonight, but the big teams are only warming up and we are looking forward to two more days of spectacular rugby.”

In the first game of the tournament HSBC Penguins defeated Cottesloe 31-0. Ponsonby overcame a spirited Casuarina Cougars team 31-0. The Japan squad which will compete in the Asian Games crushed NT Mosquitoes 17-12, while an imposing Davetalevu team containing several Fijian internationals beat Palmyra 19-0. The South African Vipers delivered a commanding performance in their opening game and remain one of the tournament favourites despite coach Paul Treu playing down his team’s chances. Impressive wins were also recorded by COBRA, NS Wanderers, Borneo Eagles and Hong Kong Dragons.

The 2010 SCC 7s continues over the weekend (Saturday 6 and Sunday 7 November), at a purpose built festival arena at the Padang, capable of holding over 7,000 fans. Tickets are on sale at or the gate and are priced at $50 for three days for an adult and $25 for a weekend days for under-18s. 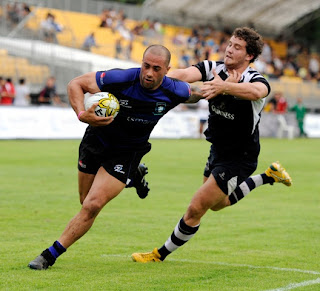 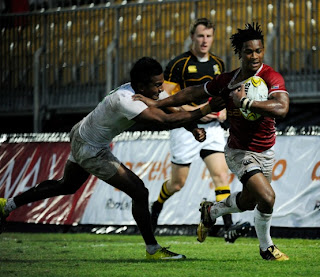