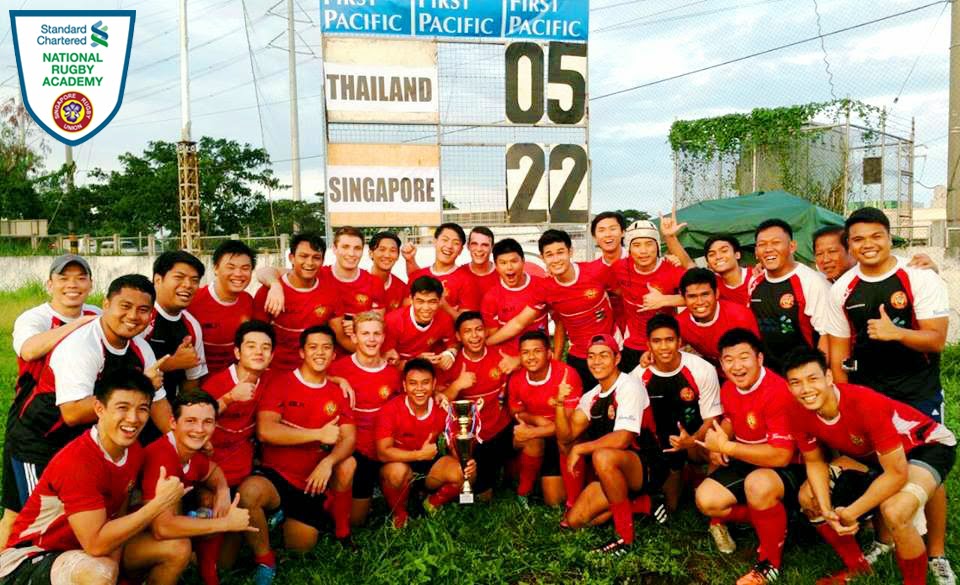 Singapore (Standard Chartered National Rugby Academy) Under 19 Team defeated Thailand, 22-5, in the finals of the 2014 ARFU Under 19 Junior Championship Division 2.

It was an intense final at the Southern Plains Field on Saturday 13th December. With both Singapore and Thailand hungry for victory, and looking for a promotion to the Division 1 in 2015. Like all finals, it was yet another breathtaking one, with both teams putting in hard tackles in defense and taking the game to great pace in attack.

In the first 25min of the game, both teams tested each other with territory kicks, which resulted in both sides being equally matched. The Thais lived up to their reputation by entrusting their Backs with wide plays, but was well defended by the Singapore backs. On the other hand, Singapore’s Flyhalf Halcyon Price was putting on good territory kicks into the Thai’s half, and had our backs crashes moving forward from Centers Abdul Rauf and Lachlan Brock, but with the Thai defense spreading out fast there weren’t much chance for the junior Reds to finish off with any Try. With both teams playing to a similar game plan and equally matched in the first half, the half time scored ended with a nil nil draw.

In the second half, both teams looked to change their game plans with Thailand using their big Fowards more to bring their team forward. And Singapore increasing the pace of the game, with fast phases of plays through both the forwards and the backs.
3 minutes into the restart, Halcyon Price slotted a 35m penalty after a high tackle on Flanker Samuel Koh. Singapore lead 3-0. Thailand were rewarded with a try on the 50th minute after constant pressure and consecutive penalties inside Singapore’s 22m area, before the Thai’s crossed the line. The score stays at 5-3 to Thailand after the conversion hit the pole and bounced out.

Being behind on the scoreboard for the first time in the tournament did not deter the junior Reds concentration. Singapore further increased the tempo of their game and within 4 minutes, Vice-captain Lachlan Brock decided to take the play in his own hands, receiving the ball off a set-piece from the scrum, he ran on the outside of his opposite number, galloped off an ankle-tap from the winger and a covering fullback to score a glorious 40 meter try at the corner flag.  Halcyon missed to add the extra points, score stands 8-5 to Singapore.
Boosted by the Try, tide of the game changed then on. With the Thailand side not playing out wide but to a close game, making use of their forwards to hit around the rucks with little ground gained. And with Singapore having more possession from turn overs and making use of the gaps out wide. These resulted to another Singapore Try on the 69th minute. Again from another set-piece off the scrum, creating a 3-on-1 situation against the Thailand’s winger, which covering fullback managed to stop Singapore’s winger, Shi Chenghao, on the 22m. but with the supporting players from the Singapore side constantly moving forward with the pick and go off the ruck, Hooker, Adriel Toh crossed the Try line, right under the posts. No mistake by Halcyon on the conversion, and he puts the score up for Singapore to 15-5.
With just less than 5 min on the clock. The Singapore team don’t seem to just settle in with the last Try but continued to apply pressure on to the Thai team. Straight from the restart, Lock, Lu Chuanyi managed a clean catch then to form a ruck, with Halfback, Syed Faddil then passing a short ball to Flanker (Tournament MVP for Singapore) Samuel Koh on a great line, breaking through the Thailand defense and straight down to the middle, Samuel then passed off to Prop Jeromy Chua but was stopped just meters away from the Try line. The Singapore forwards then continued on with pick and go through the fringes of the ruck, which resulted to Samuel Koh to cross the Try line just below the up rights. Halcyon comfortably slotted in the conversion, with Singapore taking hard fought victory over Thailand, 22-5. 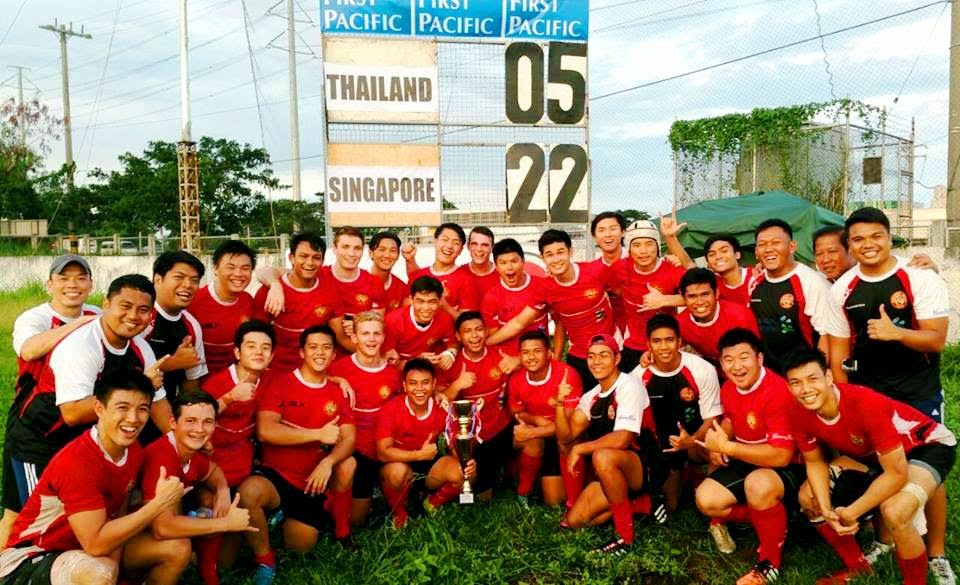 With the win, Singapore was crowned Champions of the 2014 ARFU Under 19 Junior Championship Division 2. And a chance to be promoted to the Top Tier in 2015.
Singapore Rugby Union would like to take this opportunity to thank Standard Chartered Bank for their continuous support for Youth Rugby in Singapore; all the support from the family, friends and fans of the team; ARFU and Philippine Rugby Football Union, for the great hospitality provided to the Singapore U19 Team. 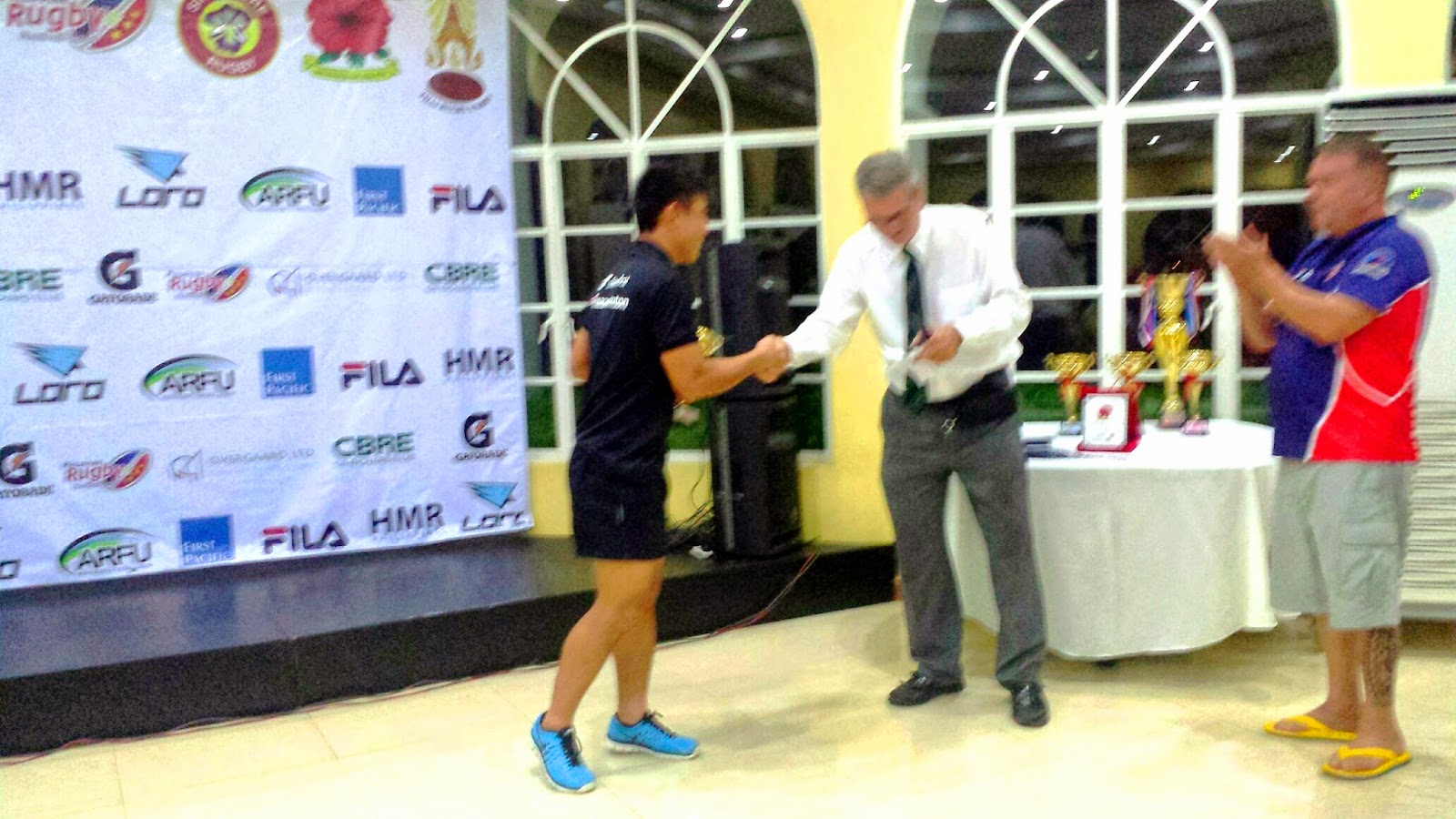 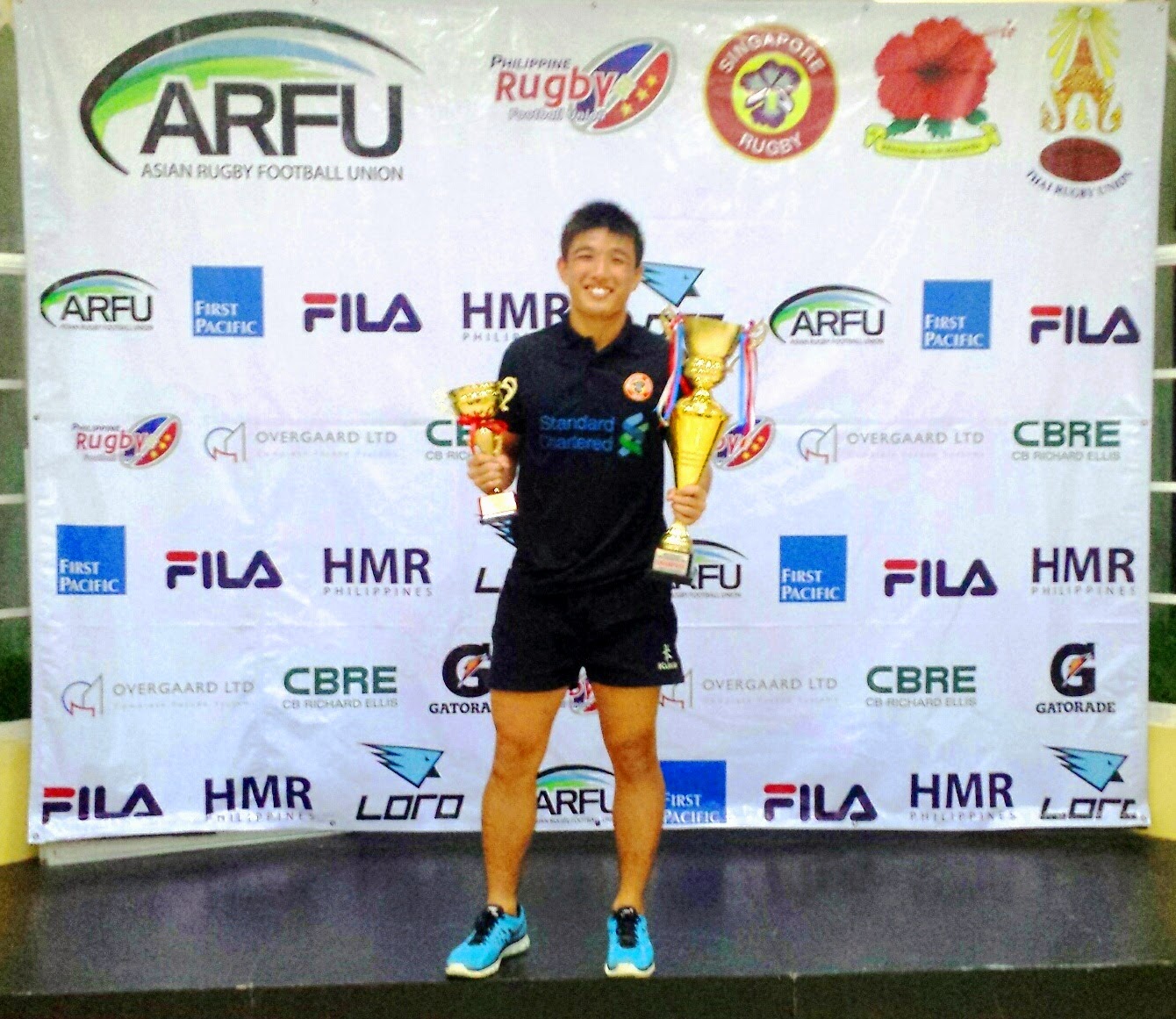