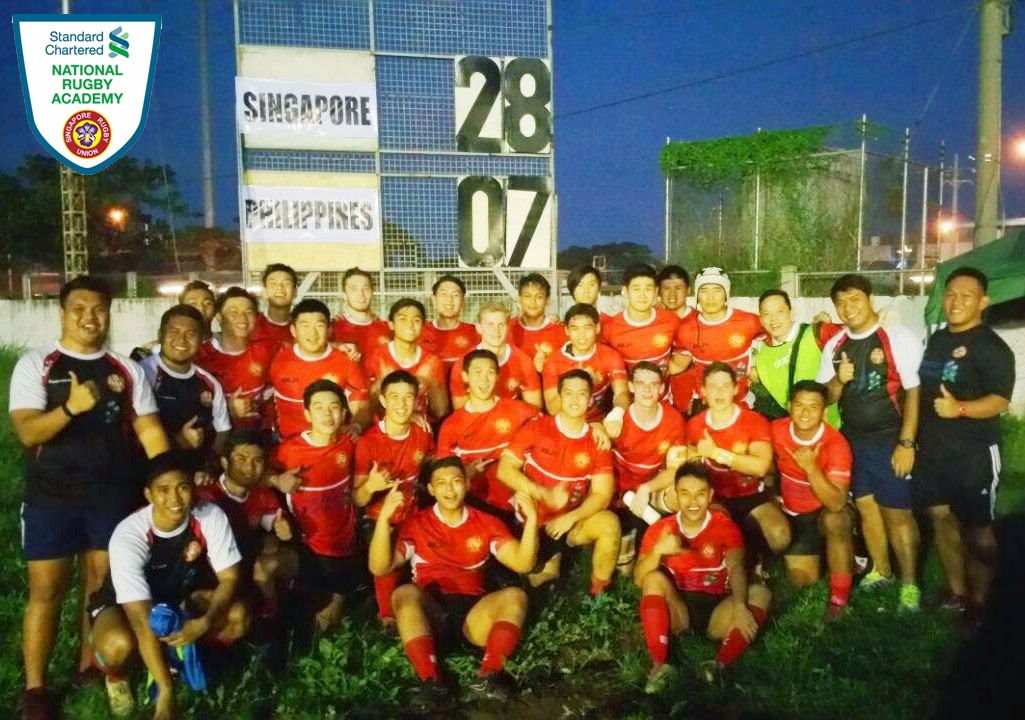 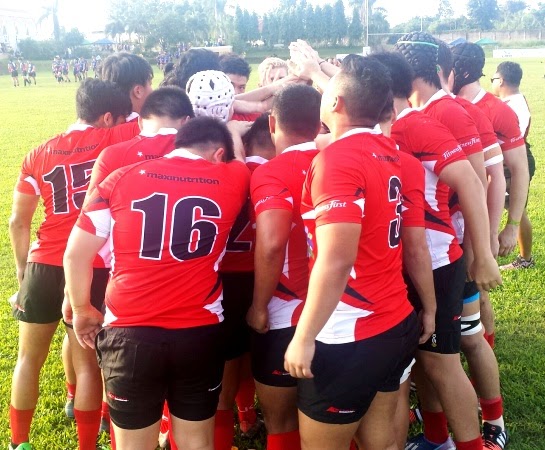 The Junior Reds started their game strong with constant penetration in attack, allowing them to move forward leading to an early try 3 minutes into the game. Scored by prop Shane Tay and successful conversion by Flyhalf, Halcyon Quintin put Singapore in the lead 7-0.

With constant pressure in defence as well as dominance in the Scrum, the Junior Reds scored their second Try through a turned over scrum, with Captain, Malcolm Samuel picking the ball off the back of the scrum gaining 15 meters before off loading to Winger, Maverick Lim showing great pace to finish it off from a 22 meter footrace. Unsuccessful conversion, Singapore leads 12-0, 10 minutes into 1st half.

Philippine lifted their game the next 5 minutes, camping in the Singapore’s half and forcing the Singapore team to concede penalties. However, the young volcanoes failed to narrow the lead with an unsuccessful penalty kick just outside the Singapore’s 22m. With Singapore showing great work rate from both the forwards and backs. They were then able to regroup themselves and continued applying pressure to the Philippine defence.

In the 18th minute, with the constant pressure to the Philippine’s defence, Singapore was able to outnumber the Philippine side, allowing Flyhalf, Halcyon Quintin, to execute a simple commit and pass to Winger, Maverick Lim to score his 2nd and Singapore’s 3rd Try in the far corner. Another unsuccessful conversion, Singapore extended their lead 17-0 with about 15 minutes to go.

Singapore then further extended their lead 5 minutes later from a penalty kick by Flyhalf, Halcyon Quintin bringing the score to 20-0. Nevertheless, the Philippine team continued to apply pressure for the last 10 minutes of the 1st half, resulting to a Try just before the 1st half and narrowing the score at the end of 1st half, 20-7.

The 2nd half sees both teams attacking and defending well, but it was Singapore that scored 1st points in the 47th minute with a Penalty kick from Flyhalf, Halcyon Quintin, further extending the lead to 23-7.

The next 12 minutes of the game was all Philippine attacking and applying pressure to the Singapore side but the Singapore defence proofed too strong for the Philippines. Singapore then regained possession and managed to re-enter the Philippines half, by then a floodlight malfunction causes half the field to be under low light, with the Singapore team continuing their pressure to the Philippines and eventually resulting in their 4th Try through replacement Halfback Faddil Syed. After the conversion and with floodlight malfunction causing a hazard to the game, and too little too late for the young volcanoes, the referee blow the final whistle, score stands 28-7 to Singapore.

Another victory will bring Singapore up to Division 1 in 2015. We wish our boys all the best for their final game.